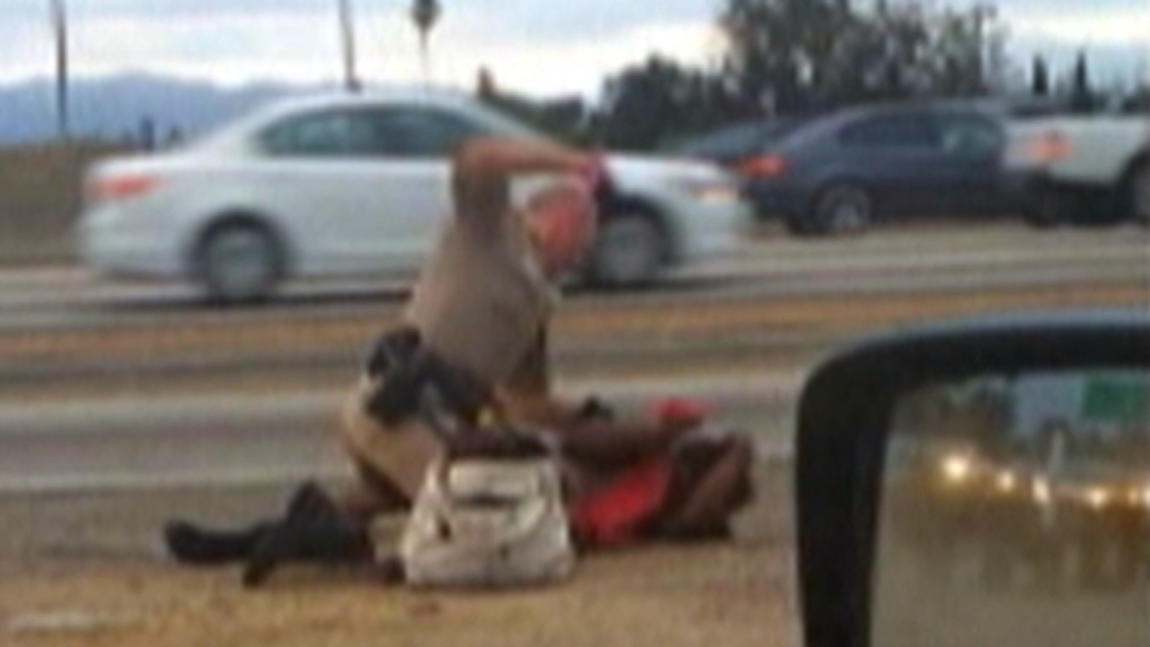 A California Highway Patrol officer who was caught on video repeatedly punching a woman on the 10 Freeway has agreed to resign.

The CHP announced that Officer Daniel Andrew was stepping down and that the agency would pay $1.5 million to settle a civil rights lawsuit brought forth by the victim, Marlene Pinnock.

The settlement will establish a special-needs trust for Pinnock to “provide a mechanism for her long-term care,” according to a statement released by CHP Commissioner Joe Farrow.

He did not elaborate.

“When this incident occurred, I promised that I would look into it and vowed a swift resolution. Today, we have worked constructively to reach a settlement agreement that is satisfactory to all parties involved,” Farrow said in his statement.

Attorneys for Pinnock and Andrew could not be reached for comment late Wednesday.

The settlement comes as Los Angeles prosecutors are deciding whether to charge Andrew with a crime.

The CHP stripped Andrew of his duties last month. He could face with the agency describes as “potentially serious charges.”

There has been some dispute about what caused the assault. The CHP said the officer was attempting to keep the woman from walking into traffic, and that she ignored commands and became “physically combative.” But Pinnock insist that she did nothing to provoke the officer, and was walking to a place to sleep that day when the officer approached her.

The officer “just started punching me and socking me and beating me,” Pinnock told the Times. “Blow after blow and blow after blow. He just wouldn’t stop.” Pinnock was hospitalized after the incident and placed on a mental-health hold.

Was justice served or did the officer get off easy?