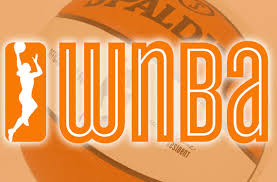 The WNBA is launching a campaign geared towards the LGBT community.

The moves makes the league the first pro league to specifically recruit gay, lesbian, bisexual and transgendered fans to its games.

With the campaign, the WNBA is capitalizing on what it has quietly known for years: The community makes up a significant portion of its fan base. The difference now is that the league is talking about it publicly and making it a deliberate part of its marketing strategy.

The effort, which begins with the launch of a website Wednesday, includes having teams participate in local pride festivals and parades, working with advocacy groups to raise awareness of inclusion through grassroots events, and advertising with lesbian media. A nationally televised Pride game will take place between Tulsa and Chicago on Sunday, June 22.

It’s taken the league a very long time to take the step, 18 years to be exact. So far, teams have done some promotion locally, sponsoring booths at gay pride events and hosting groups at games. The group took a close look at its fan base before moving forward with the campaign. It commissioned a study that found that 25 percent of lesbians watch WNBA games and 21 percent have attended a game.

When the league began, executives figured the fan base would carry over from the NBA. But that wasn’t the case. Brittney Griner, one of several WNBA athletes who have publicly come out as lesbian, plans to wear rainbow-colored shoes during the month of June in support of the initiative.

The campaign comes during a time when a number of pro athletes are declaring their homosexuality. Michael Sam became the first openly gay NFL player when he was drafted by the St. Louis Rams last month.  NBA player Jason Collins made history when he was selected by the Brooklyn Nets in February.

Thoughts on the initiative?

Should more professional sports leagues focus on the LGBT community?