Why the term ‘minority’ is problematic 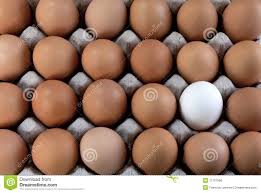 The following post originally appears on The Root under the title, “Let’s Stop Describing Ourselves As “Minorities.”

It’s already been two years since May 2012, when we learned that for the first time, U.S. babies born to parents who didn’t identify as white outnumbered those born to parents who did. What this means, according to demographers, is that by the year 2030 or thereabout, there will be no majority racial group in this country.

People who check “black” now make up about 13 percent of the population, while those hailing from the Spanish-speaking former New World colonies represent approximately 17 percent and growing. The numbers who claim “Asian” (both South and East), Middle Easterners, and those who think of themselves primarily as mixed or “other” are also on the rise.

So why do we insist on using the word “minority” to describe everyone except people who identify as white?

Don’t get me wrong—I understand where and why this originated. I come from a family with deep roots in the civil rights movement, including my grandfather, an African Methodist Episcopal minister, and my late father, C. Clyde Ferguson Jr., who was general counsel to the U.S. Commission on Civil Rights as it was writing the 1964 Civil Rights Act. So I remember when “minority” became a household term, and when it worked, linguistically and politically. When I was growing up in the 1970s and 1980s, it served as easy shorthand and as an all-inclusive way to designate those who were not deemed Caucasian. It was often deployed to advocate for the rights and resources to which these people were entitled.

Since, historically, this country has been overwhelmingly white (70 percent or even more), “minority” made its own kind of sense. Not to mention, it was easier than saying the mouthful “people of color” or, more daunting, calling each racial or ethnic group by name.

But for some time now, I have sworn off using the term at all and have tried to persuade others that its time has passed. That’s because I believe that words have the power to influence our thoughts, and our thoughts influence our actions.

And there’s Merriam-Webster’s Collegiate Dictionary, which reads as follows:

: A number or amount that is less than half of a total;

: The group that is the smaller part of a larger group;

: a group of people who are different from the larger group in a country, area, etc., in some way (such as race or religion)

That last definition is the one we are dealing with here, but think of the other definitions: “Minority” is something “that is less than half of a total.” It is the “smaller part of a larger group.” As long as we use the term as a synonym for myriad people of color, we are, I believe, consigning these people to lesser status and a smaller role—in short, to powerlessness.

When you hear the word “majority,” on the other hand, it denotes power. The majority vote wins in elections. The majority opinion is sometimes able to silence the less popular. Calling a group the majority makes it seem like a behemoth, something as immovable and inevitable as Mount Everest.

But racial power is not, in fact, inevitable; it is the result of various historical forces. What will happen when our country becomes a nation of ethnic and racial groups, with no one group in the numeric majority? Doesn’t it make sense to begin to speak of racial groups using the most specific—if still imperfect—terms we have for them: black, white, Asian, Middle Eastern, Latino?