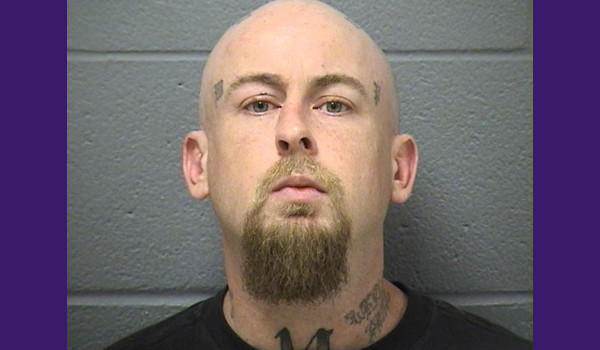 Chicago-area white supremacist Brian James Moudry has been sentenced to 10 years in prison for setting the home of an African American family on fire.

The family had recently moved onto his street in Joliet, IL. Moudry splashed the home with gasoline and lit it ablaze while eight children and one adult were inside.

Luckily, all were able to escape.

“This was an exceptionally despicable crime motivated by hate,” the government argued in a sentencing memo. “The victims of the arson did nothing, but move into a new residence in Joliet. Unbeknownst to the victims, several houses down lived a white supremacist who never knew the victims but hated them because they were African American.”

Moudry pleaded guilty to using fire to interfere with the victims’ housing rights on the basis of race. He has been in custody since May 2012. A judge also ordered Moudry to pay more than $7,000 in restitution and undergo mental health and substance abuse treatment.

Thoughts on this man’s despicable crime?

Satisfied with his punishment?