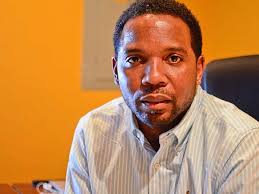 An award-winning music producer took to YouTube to express his feelings about the changes that have occurred in music on the radio.

Producer/songwriter Carvin Haggins says that today’s music is “disrespectful”, “degrading” and that it tears “our children down.”

Haggins also challenges parents and citizens to speak out about the messages being promoted through today’s music.

“As I listen, I hear sex, murder, drugs, kill, drinking….as I listen to the music it makes me flashback to when I was growing up…I heard songs from James Brown like, “I’m Black and I’m Proud,” or “Wake Up Everybody”; there’s no music like that today.”

Haggins also reminds us that “music is the number one teaching tool.” he cites how most of us learn the alphabet as a prime example i.e. School House Rock and other educational programs that used music as an element for learning.

What do you think of Haggins’ points?

How much of an influence does urban music have on the thoughts, feelings and actions on our youth?