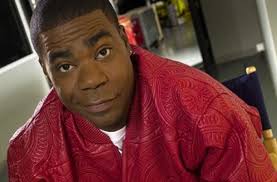 Actor/comedian Tracy Morgan is in fair condition after a fatal car accident left him in intensive care last week.

The news came via a statement from his rep Lewis Kay late Monday.

“Happy to pass along that Tracy has been upgraded to fair condition, which is a great improvement,” the statement reads. “His personality is certainly starting to come back as well.”

According to the statement, Jeff Millea, Morgan’s 36-year-old assistant who was also in critical condition after crash, has been upgraded to fair condition as well.

The last update on Morgan’s condition came last week, when it was reported that he was improving. His rep said that the medical team remained optimistic about his condition.

In the early hours of June 7, a truck, driven by Kevin Roper struck Morgan’s limo in New Jersey as the crew traveled back from one of his standup comedy dates. Seven people were in the vehicle, including fellow comedian Jimmy McNair who was killed.

According to reports, Roper was dozing off as he drove a Walmart truck and failed to notice slow traffic ahead. It was determined that he had not slept in more than 24 hours. He now faces charges of vehicular homicide and assault by auto.