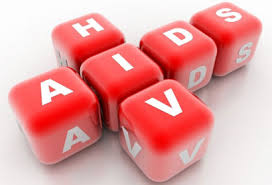 A toddler thought to have been cured of HIV now has detectable levels of the virus in her bloodstream.

The child’s stunning story was first revealed at a medical meeting in March 2013. The revelation was the first account of an HIV-infected infant achieving what appeared to be a cure after receiving aggressive drug treatment within the first 30 hours of life.

The case raised hopes that more of the roughly 250,000 children who are born each year infected with the human immunodeficiency virus, which causes AIDS, might have a shot at a cure.

Those hopes were dashed when the child’s doctors discovered last week that the HIV virus had begun replicating, Dr Anthony Fauci, director of the National Institute of Allergy and Infections Diseases, said at a press conference on Thursday.

“Certainly, this is a disappointing turn of events for this young child, the medical staff involved in the child’s care and the HIV/AIDS research community,” Fauci said in a statement.

The 4-year-old girl was born prematurely in a Mississippi clinic in 2010 to an HIV-infected mother who had received no prenatal care.

The child was rushed to the University of Mississippi Medical Center after her birth, where pediatric HIV specialist Dr. Hannah Gay decided to take aggressive action. He offered the newborn a three-drug cocktail of powerful HIV medications.

The child remained on treatment for 18 months, then stopped coming for treatment. When she returned to the medical center weeks later, the child showed no signs of the virus. But a scheduled check-up last week revealed the virus had begun to replicate. The girl is now being treated with anti-HIV drugs that she will likely need to take for the rest of her life unless a cure can be found.