There’s no ‘Hood Disease’ after all 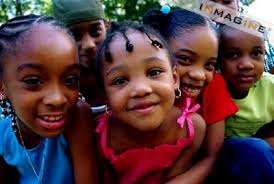 A viral clip using the term “Hood Disease” to describe the impact of trauma on inner-city youth raised eyebrows last week, and rightfully so.

The term was used in a story during last Friday’s newscast on KPIX-TV, a CBS affiliate in San Francisco. The story highlighted children who lived in “virtual war zones” who repeatedly experience trauma.

It sounds plausible, except that “Hood Disease” doesn’t exist. No researcher or trauma specialist has ever uttered the phrase. Neither Harvard doctors, nor CDC researchers were interviewed for the piece, which was reported by KPIX’s Wendy Tokuda.

“I so regret using the term ‘Hood Disease’ which is not a term either the CDC uses or HARVARD,” Tokuda explained in an email to EBONY. “That came from a resident in Oakland, and we seized on it. It is my fault.” The piece, she wrote, was about children suffering from Complex Post Traumatic Stress Disorder. […]

“Even the Centers for Disease Control says that these kids often live in virtual war zones. And doctors at Harvard say they actually suffer from a more complex form of PTSD. Some call it ‘Hood Disease’,” Tokuda says in her intro. Spokespeople for both Harvard’s School of Public Health and the Centers for Disease control said they’d done no such report and hadn’t been part of the station’s reporting.

The story was picked up by various media outlets, especially websites with primarily black audiences, including the Black Youth Project. The Root, Global Grind and News One also picked up the story.

Amani Nuru-Jeter, who teaches at the University of California, Berkley’s School of Public Health, said that media latching onto a term like “Hood Disease” is problematic because it further stigmatizes people living in troubled communities.

Thoughts on this story?