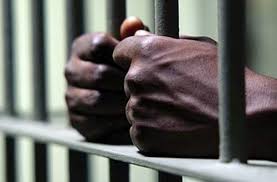 Two sociologists have concluded that parental incarceration plays a role in childhood inequality.

The study, which appears in the book  Children of the Prison Boom: Mass Incarceration and the Future of American Inequality, was conducted by Sara Wakefield of Rutgers University-Newark and Christopher Wildeman of Yale University.

By the time they reached age 14, a quarter of black babies born in 1990 had seen a parent go to jail or prison […] By contrast, that rate was 14 percent for black babies born just 12 years earlier, in 1978. What happened between those two periods is that the U.S. incarceration rate exploded; it is currently both the highest in the world and the highest it has ever been.

The study focused on black and white children because the differences are starker and also because large-scale data sets have classified Hispanics inconsistently throughout the years, making it difficult to assess the impact of parental incarceration.

Overall, more than 3 percent of American children (2.7 million) have a parent in prison. In extreme cases, parental imprisonment may protect a child, particularly if the father has a history of inflicting domestic abuse.

The book focuses on children with incarcerated fathers since female incarceration rates are growing, but relatively small. As a result, children whose fathers have been jailed fare worse than those with dads who have not been locked up.

Researchers found these children have higher rates of mental health and behavior issues, allowing for a greater chance of self-destructive activities.

How do we save our youth and combat the sense of hopelessness our people are feeling?