This past Thursday the Muslim Anti-Racism Collaborative (Muslim ARC) relaunched the hashtag that started it all, #BeingBlackAndMuslim. What started from a couple of singular tweets, turned into an email thread, and now a 2nd year global campaign to address racism within Muslim communities and embrace the beauty and power that is #BeingBlackAndMuslim.

A little bit of backstory. In November of 2013 Dawud Walid, Executive Director of the Michigan chapter of the Council of American-Islamic Relations, publicly called out Arab Muslims for their popular use of the term “abeed”, a slur used to describe black people, meaning “slave.” Dawud was met with varying responses, some apologetic and others indifferent. What was clear was the number of Arab youth adamant about continuing to refer to black people as abeed. Showing that the racism runs deep y’all. In support of his campaign, what is now Muslim ARC, created to challenge and effectively address racism in Muslim communities, launched the hashtag #BeingBlackAndMuslim in February 2014 in honor of Black History Month.

Met with overwhelming interest and participation, Muslim ARC has extended its programming this Black History Month with X Speaks: Last Speeches, which featured 8 live performances, a panel discussion on Reclaiming Malcolm X, and the culminating #BeingBlackAndMuslim hashtag conversation that started on Thursday afternoon and is still going today.

Here are some key tweets so far: 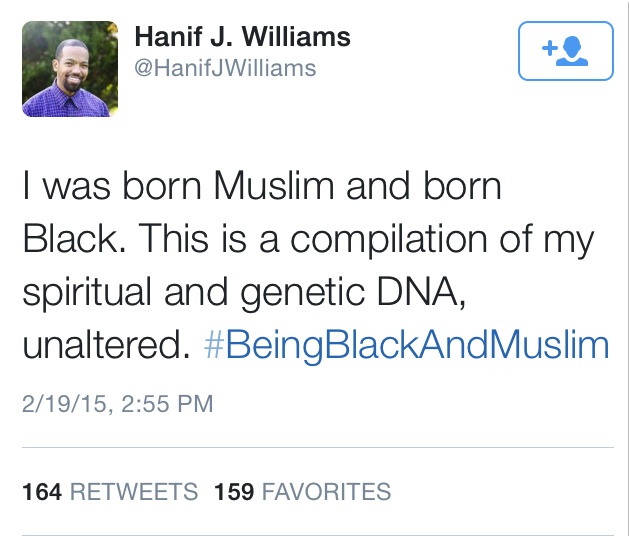 Often we have to start with the basics. No I’m not a revert. And yes, I’m Blacker than Black. 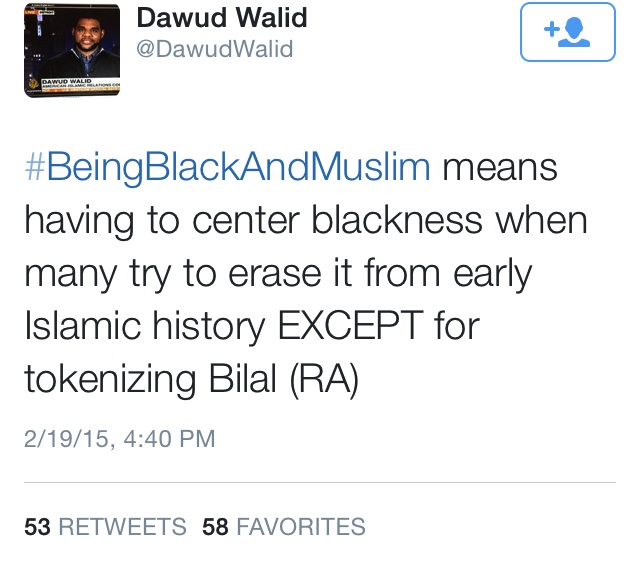 Bilal (May Allah be pleased with him) was one of the earliest companions of the Prophet Muhammad (prayers and peace be upon him) and the first to give the call to prayer. But let non-Black Muslims have it, you’d think he was the only one! Early Islamic history includes Abyssinia accepting the first Muslim migrants from Arabia, Usman dan Fodio of the Sokoto Caliphate in Nigeria, and Shaykh Amadou Bamba of the Mourids in Senegal, among many more. 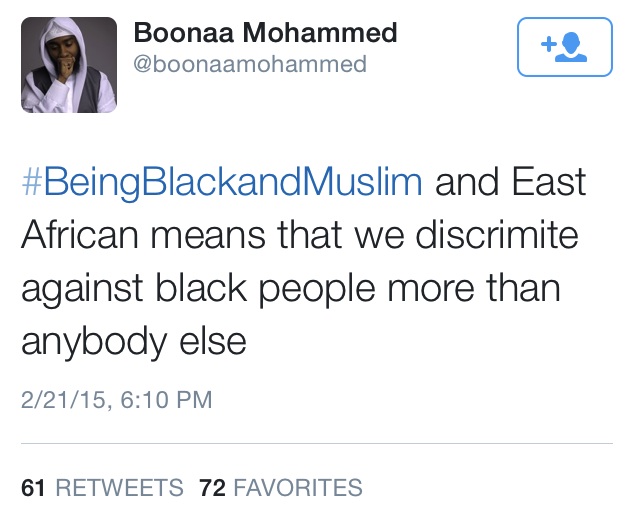 We can discriminate against each other too. 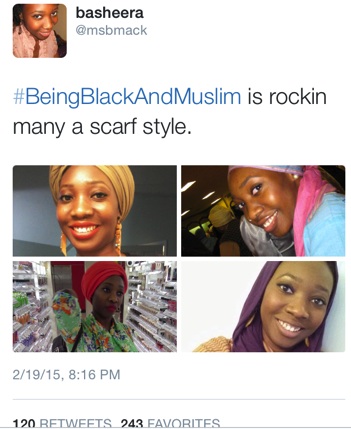 For years Black women were getting played about our scarf style, told it was “not proper hijab.” Now it’s being attributed to Yuna (Malaysian songstress whom I love), which has made it an acceptable “cool hijabi” thing to do. Here’s the original. 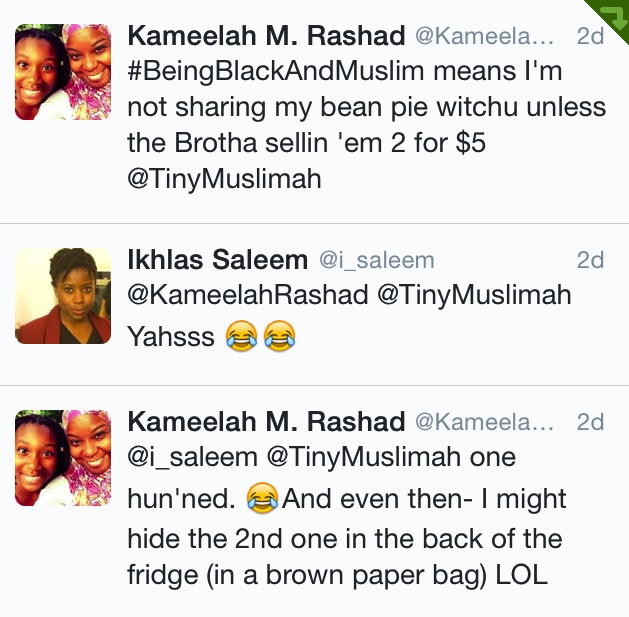 And it wouldn’t be a conversation without bean pie.

The conversation coincided with with the 50th anniversary of Malcolm X’s assassination. In April of 1964, Malcolm X made the pilgrimage to Mecca to complete the Muslim rite of Hajj. In a letter from Mecca, he described his experience:

During the past eleven days here in the Muslim world, I have eaten from the same plate, drunk from the same glass, and slept in the same bed (or on the same rug)–while praying to the same God–with fellow Muslims, whose eyes were the bluest of blue, whose hair was the blondest of blond, and whose skin was the whitest of white. And in the words, actions and deeds of the ‘white’ Muslims, I felt the same sincerity that I felt among the black African Muslims of Nigeria, Sudan, and Ghana.

Today, white, South Asian, and Arab Muslims continue to embrace the light that is Malcolm X, but we know all too well that the spirit of the “ummah” (Muslim community) does not always extend to Muslims of African and African American descent. The hand of white supremacy does not stop for the Muslim. Hashtags like #BeingBlackAndMuslim help expose the hand of white supremacy and create communities of inclusivity.