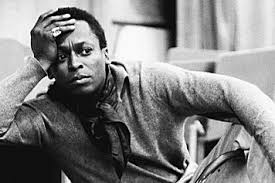 On what would’ve been the legendary jazz singer’s 88th birthday, the city of New York honored Miles Davis with “Miles Davis Way.”

A block on New York City’s Upper West Side where Davis created some of jazz’s most profound work was renamed in his honor.

Yesterday (May 26), hundreds came out for the unveiling ceremony of a street sign titled “Miles Davis Way,” officially marking a stretch of 77th Street between Riverside and West End. For nearly 25 years, up until the mid-1980s, the legendary jazz trumpeter lived in an apartment building at 312 West 77th Street.

The campaign was led by Shirley Zafirau, a former neighbor of Davis who still lives on the block. According to Zafirau, Davis often hung out on the stoop outside his apartment, greeting those who passed by and even leading jam sessions.

Thanks to Zafirau’s efforts, former mayor Michael Bloomberg signed a bill in December renaming the street.

How do you feel about street dedications when honoring legends?

How would you like to see your favorite legend’s memory upheld?