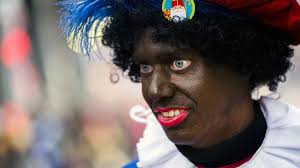 After a series of protests from it’s black citizens, The Netherlands will refashion its popular holiday character into a less offensive figure.

The mayor of Amsterdam said that Black Pete, also known as Zwarte Piet would change in appearance over the next four years to make him less offensive.

In the annual Sinterklaas (Santa Claus) parade, held on Dec. 5, St. Nicholas, newly arrived by boat from Spain, enters the city on horseback accompanied by Black Pete, his Moorish servant, who walks alongside distributing candy and treats.

Dutch and foreign critics, who have become increasingly vocal about the character in recent years, say Black Pete is an offensive holdover from colonialism and slavery. Opinion polls, however, show that a majority of Dutch see nothing wrong with the depiction.

Mayor Eberhard van der Laan said the transformation began in last year’s official city parade, when Pete stopped wearing gold earrings. It is expected to continue until Black Pete eventually resembles someone who has climbed through a chimney instead of an exaggerated caricature of African decent.

His name is expected to be changed to “Sooty Pete.”

Kudos to the country’s black citizens for saying no to racial stereotypes.