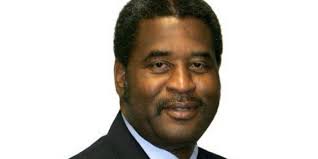 The interim president of Kentucky State University has given up more than $90,000 of his salary so university workers earning minimum wage can have their earnings increased to $10.25 an hour.

“My whole thing is I don’t need to work,” Burse said. “This is not a hobby, but in terms of the people who do the hard work and heavy lifting, they are at the lower pay scale.” […]

[Burse] had been KSU’s president from 1982 to 1989 and later became an executive at General Electric Co. for 17 years, including 10 as a senior executive. He retired in 2012 with good benefits, he said.

Burse started talking with members of the KSU Board of Regents about the gesture more than two weeks before the board met to approve his contract on July 25, he said.

Burse asked how many university employees earn less than $10.25 an hour, an amount some say is a living wage. The current minimum wage is $7.25.

“This is not a publicity stunt,” he said. “You don’t give up $90,000 for publicity. I did this for the people. This is something I’ve been thinking about from the very beginning.”

Even after the new president is selected, the raise in pay for those employees will stay in place. It will also be the rate for all new hires. Burse’s salary now sits at $259,745.

Burse replaces Mary Evans Sias, who oversaw the school for 10 years. She retired at the end of June.

Burse will hold to position for one year as the board seeks a replacement for Sias.

Is it crazy that people are still getting paid $7.25 an hour in this day and age?

What should the national minimum wage be?