HIV is Not A Crime 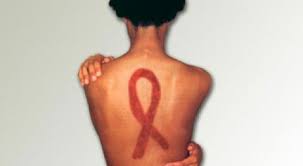 I’m incredibly humbled, proud and inspired to be in Iowa. The state recently became THE FIRST in our country to reform its draconian HIV criminalization laws during the first national “HIV Is Not A Crime” Conference at Grinnell College this week. I hope and trust that other states will follow Iowa’s lead in reforming or repealing these unjust and discriminatory laws.

Barring extreme and rare instances of rape and coercion, HIV status disclosure (whether one’s status is positive, negative or unknown) is a matter of empowerment, trust and SHARED responsibility. Because of HIV stigma, the disclosure conversation doesn’t happen nearly enough, and when it does, it can be difficult. Regardless, “one size fits all” criminalization IS discrimination and that IS NOT the solution.

The prevailing enforcement of these laws perpetuate homophobia and racism, and punish generational poverty in our society, particularly for sex workers and drug users whose lives DO matter! Moreover, these laws do not reduce the spread of HIV, but actually support its proliferation. We currently live in a society that criminalizes people who are living with HIV when they disclose their status AND even when they do not disclose their status. See the problem? Not only do these laws fly in the face of justice, but they fly in the face of modern science.

In this country, people living with HIV can be incarcerated for 25 years or more for the “intent” to transmit HIV even when the positive person has an undetectable viral load, a condom is used and NO TRANSMISSION occurs! As the rate of HIV infection increases in Black and Latino communities, especially among those who are lower-income or in poverty, enforcement of these laws will redefine historically marginalized communities as potential criminals! This has to change and it will change, but not without change agents. I’m honored to be among this amazing group of social justice crusaders!