How Can I Celebrate Independence Day in Good Faith?

Every year, I find myself questioning the merits of celebrating the 4th of July as a young Black woman in America. In my more, critical/cynical days it was a mockery. How dare we burn fireworks and have barbecues in celebration of a day that was never really meant for us? But now, I see it as a moment for reflecting on the importance of freedom, and the importance of finding a way to define freedom in our own terms. 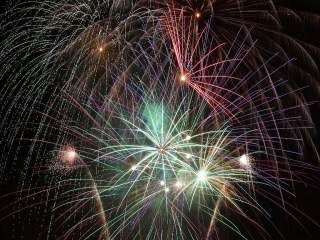 What better day to consider and reflect on the meaning of Freedom?

And this can also be a time to celebrate the obvious advances we have made as a nation, right? When the Declaration of Independence was signed on July 4th, 1776, it declared “ these truths to be self-evident, that all men are created equal, that they are endowed by their Creator with certain unalienable Rights, that among these are Life, Liberty and the pursuit of Happiness.” The statement tasks governments with securing these rights and fitted the people with the responsibility of holding their governments accountable. When this social contract was written, it excluded all except White men. As such, the day was nothing more to Black people in America than any other day.

I am no longer questioning the merits of an Independence celebration. The country is as divided as it has ever been. Now more than ever, we should continue to mold and shift our interpretation of the Declaration of Independence. Adopt the spirit (though not the logic) of the forefathers of this nation and declare our equality and our unalienable rights to life, liberty and the pursuit of happiness.