Growing up as a Black Man in America? 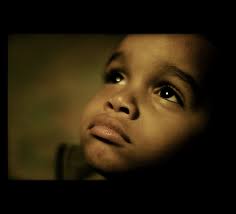 Growing up as a child
certain things were told to me by older people, I listened to some and the rest
of it went in one ear and out the other.
It is hard being a man and even harder being a black man. It is very prevalent
stereotypes that are associated with being a black male in America.

The number one thing
I hear is that black males are violent. I know growing up it was violence all
around me and people in my neighborhood committed crimes, hurt each other, and
really played into that stereotype. But I l also know that it was very little
out here for a young African American male to do after school and during summer
days. It would have been great to experience a camp or be involved in summer activities
at the park. My mother was a single mother raising five kids by herself so she
wasn’t able to provide the money that it takes for kids to be involved in
certain activities.   Activities give our black boys energy to
challenge their peers, life, and become a positive person.

We are losing so many African American males to
death and jail.  Our men need to be involved
with programs so they will not wander around without directions, dreams, and
values. I’m not making excuses for African American men. We struggle in
fatherhood and rank #1 in the criminal justice system, under educated and are unemployed.
These are facts and the only thing a man
can do by nature is survive the best way he sees fit.

If you can’t see it
then you can’t believe it or achieve it.  We have to help our men of color and help them
fight the struggles they face every day.