First Lady heads to Kansas in effort to promote diversity 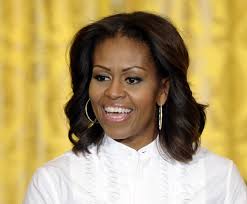 First lady Michelle Obama will head to Topeka, Kansas to speak to high school students about the importance of diversity.

A senior administration official said the address, which comes a day before graduation for the students, will focus on the need for diversity and how the core principles of Brown v. Board of Education, which originated in Topeka, are still “very much alive today.”

The address comes on the heels of a dustup that had the first lady scrap plans to deliver a graduation address, after more than one thousand people signed a petition in protest. The petition began after students were told they would be limited to six tickets a piece for the graduation due to security concerns around the first lady’s appearance.

As a result, the White House decided Obama would instead deliver the remarks a day earlier at “Senior Recognition Day,” which will honor the high school seniors from schools in the Topeka public school district.

Read more at The Hill

The first lady’s speech will focus on celebrating the graduating students’ achievements while marking the historic case’s anniversary.

The first lady is also expected to meet with a group of students participating in a program set up by the Department of Education which helps low income students attend college.

On the eve of the 60th anniversary of desegregating America’s schools, how far have we really come?