Feature: Why I’m Betting on You to Shape the New American Economy 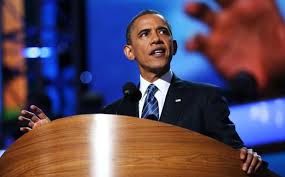 The following piece was published on Medium. It was written by President Barack Obama.

History has dubbed you the “Millennials.”

You’re part of the first generation to grow up in the digital age. Some of you grew up with cell phones tucked into your book bags, while others can remember the early days of landline, dial-up internet. You’ve gone from renting movies on VHS tapes to purchasing and downloading them in a matter of minutes.

Today, more of you are earning college degrees than ever before — and more young people from low-income families are getting a shot at higher education than previous generations. Along with having higher education levels, you’ve got a lower gender pay gap than other generations — and we’re working to close it even further. Take all those things together, and it’s no surprise that entrepreneurship is in your DNA. One survey found that more than half of Millennials expressed interest in starting (or have already started) their own business.

So here’s something we know for certain: Your rising generation of Americans isn’t just adapting to a 21st-century economy. You’re actively changing it.

And we know that when we invest in your potential, rather than stack the deck in favor of the folks who are already at the top, our entire economy does better. It’s the reason we’ve expanded grants, tax credits, and loans to help more families afford college. It’s why we’re giving nearly 5 million Americans the chance to cap student loan payments at 10 percent of their income. And thanks to the Affordable Care Act, the number of uninsured young adults has fallen by nearly 40 percent over the past four years.

You may have graduated into the worst recession since the Great Depression, but today — for all the challenges you’ve already faced, and after all the grueling work it’s taken to bounce back — you’re in the best position to break into the newest sectors of the new American economy.

Your generation is going to continue to shape that economy for decades to come — and that’s exactly why we know we have more work to do to address the challenges you still face. That means making student loan payments even more affordable. It means investing in the kind of basic research that led to the internet and GPS technology to help our next generation of American companies succeed. And at a time when increased investments in education have meant that young women are making the strongest start in the workforce of any generation before them, it means fighting to make sure they get the equal pay for equal work they deserve.

Let’s talk for a second about this new American economy — one marked by new industry and commerce, humming with new energy and new technology, and being driven forward by highly skilled, higher-wage workers. Our medical professionals are part of a workforce that also includes folks who are developing cutting-edge software to help us diagnose diseases. We’re not just punching in and pounding rivets — we’re coding computers and guiding robots. In this new economy, an entrepreneur can start a new business and succeed, an older worker who sees opportunity in a new field has resources available to retool for that new job, and a student can graduate from college with the chance to advance through a vibrant job market.

Today, I’m heading to a place that’s helping to shape that economy. It’s called Cross Campus — a collaborative space in Los Angeles that brings together folks at the cutting edge of a technology revolution, from investors and entrepreneurs to designers and engineers. Because their drive and talent don’t just boost their businesses, they boost our entire economy — and the innovative ideas that they’re coming up with are helping to power our recovery.