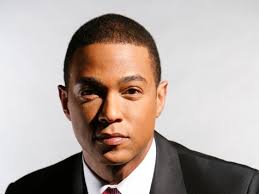 Controversial opinion-holder Don Lemon is being rewarded with his own late night TV show.

The one-topic show will tackle important issues of the day, that are either reported or vastly under-reported from the host’s unique perspective.

We hear Lemon already informed his weekend staff of the change, and last weekend was his final weekend for CNN Newsroom.

The show will have a test run during the 11 P. M. hour in December in the timeslot currently occupied by reruns of Outfront.

Thoughts on Don Lemon getting his own late night show?