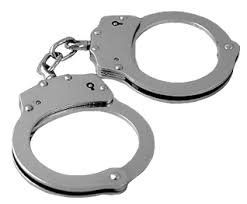 The arrest of a 9-year-old girl in Portland last year has prompted a committee to review the case.

The girl was handcuffed and taken to a police station without a parent or guardian after being questioned by police about a fight.

From the L.A. Times:

“She was in a swimsuit, a pink Velcro wraparound towel. I’ll never get the image out of my mind,” Latoya Harris, the girl’s mother, told the Portland Citizen Review Committee at a Wednesday night hearing. “They handcuffed her and walked her about two feet to the cop car and took her downtown. They wouldn’t let me accompany her.”

They should not be allowed – because there is no law – to strip a child of her rights. I saw two grown men with badges and guns bully my 9-year-old child.- Latoya Harris, mother of girl who was handcuffed

The child, who has not been identified, had allegedly been involved in a fight with another girl of the same age at a Boys & Girls Club in Portland’s New Columbia neighborhood on April 26, 2013. After staff members broke up the fight, both girls were suspended from taking part in activities, said Traci Rose, club spokeswoman.

The second girl’s mother called police to report the incident, prompting an investigation. Six days later, Harris’ daughter was arrested. She has since filed a complaint with the city’s Independent Police Review Division about how her daughter was treated by the officers.

According to the department’s current policy, there was no violation.

This seems like an obvious call to action to change police policy regarding children. How can we ensure that our babies are protected?