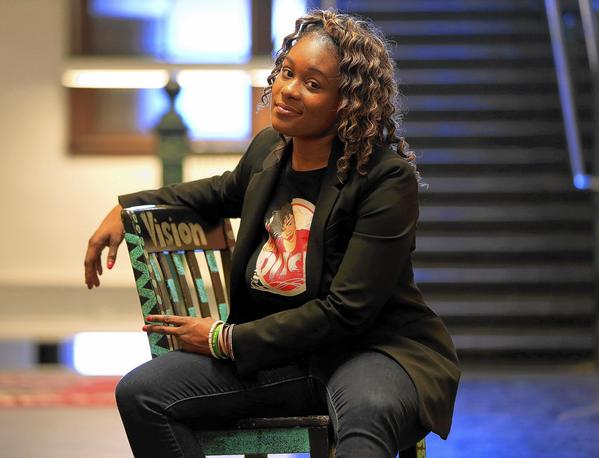 BYP 100’s FM Supreme a.k.a. Jessica Disu has been labeled a “Remarkable Woman” by the Chicago Tribune.

The 25-year-old Chicago-born activist and hip-hop performer will spend Mother’s Day with other activists leading a march from the DuSable Museum of African American History through the city’s South Side.

From the Chicago Tribune:

She’ll be joined by, among others, the parents of Hadiya Pendleton, the 15-year-old girl who was shot and killed in January 2013, a week after she performed at President Barack Obama’s second inauguration.

Disu is a two-time champion of Chicago-based Louder Than A Bomb, the largest youth poetry festival in the world. She has led workshops at the Cook County Juvenile Detention Center.

Last year she toured Bangkok, Thailand, and Myanmar with The Peace Exchange, a young adult program aimed at fostering peace in Chicago’s most violent neighborhoods.

She co-founded The Chicago International Youth Peace Movement, an endeavor that brought her to a meeting of the Leeds Young Authors in the United Kingdom, where she led a writing workshop based on poet Gwendolyn Brooks’ “We Real Cool.”

“I used to want fame,” Disu said during a recent interview at a cafe near Columbia College, where she’s earning a bachelor’s degree in international arts management. “Now I just want deliverance.