America had an African zoo captive, and he ended his life on this day 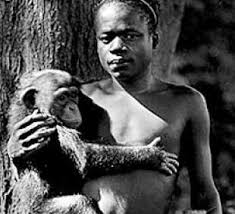 Have you heard of Ota Benga? His life and death highlights one of many racially motivated atrocities faced by people of African decent in America.

The Congolese native and Mbuti pygmy was captured and part of an exhibit for the St. Louis World Fair.

Benga, snatched away from his home under the gaze of a businessman and missionary, would later be put on display at the Bronx Zoo’s “Monkey House” exhibit. Dismayed that he couldn’t return to his native land, Benga would commit suicide on this day in 1916. Benga narrowly escaped enslavement and death as his lands were invaded by Belgium forces. Losing his family and children to the Belgian military force, Benga survived but was later captured by slave traders.

The St. Louis Fair sent American businessman and missionary Samuel Phillips Verner to Africa to capture a group of pygmies back for an exhibition.

Verner was able to negotiate Benga’s freedom with cloth and a pound of salt. Because of this gesture, he was easily able to persuade Africans to return to America. Benga went with the group. His teeth were filed to look like sharp points and he became an instant hit with onlookers.

Trapped in the captivity of the museum, Benga would commit suicide by firing a borrowed revolver in to his chest after chipping the caps off his teeth and starting a ceremonial fire.

In what ways are African Americans treated like spectacles today?

How can we prevent being mocked?