55 colleges under investigation for assault 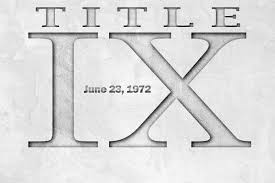 The U.S. Department of Education on Thursday released a comprehensive list of 55 colleges and universities under Title IX investigation.

The institutions are currently under review by the department’s Office for Civil Rights for allegedly mishandling sexual assault and harassment on campus.

“We are making this list available in an effort to bring more transparency to our enforcement work and to foster better public awareness of civil rights,” Assistant Secretary for Civil Rights Catherine E. Lhamon said in a statement. “We hope this increased transparency will spur community dialogue about this important issue. I also want to make it clear that a college or university’s appearance on this list and being the subject of a Title IX investigation in no way indicates at this stage that the college or university is violating or has violated the law.”

Women who filed complaints that led to the investigation have long criticized the Education Department for protecting schools by not providing enough transparency on the reviews of schools under investigation.

Until now, the department only confirmed when a school was under review upon request, and typically released information about an investigation after a resolution had been reached.