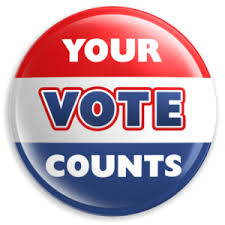 African Americans and Latinos were registered to vote at levels that were below those of white, so the non-profit Third Sector Development started a new initiative to get them registered.

The New Georgia Project concentrated on communities of color, and registered about 80,000 new voters. But somehow, only half of them were listed on preliminary voter rolls.

And there is no public record of those 40,000-plus applications, according to State Representative Stacey Adams, a Democrat.

Oh, yeah, did we mention: Georgia’s Secretary of State Brain Kemp is a Republican.

The secretary’s office says they are not doing anything different than usual in processing the voter applications. These things take time, they say. (Apparently months and months of time — as that is how long some of those forms have been sitting with the state without being processed.)

In closing I just wanted to tell you real quick, after we get through this runoff, you know the Democrats are working hard, and all these stories about them, you know, registering all these minority voters that are out there and others that are sitting on the sidelines, if they can do that, they can win these elections in November. But we’ve got to do the exact same thing. I would encourage all of you, if you have an Android or an Apple device, to download that app, and maybe your goal is to register one new Republican voter.

According to Kemp in the months of July and September, he announced his launch of a fraud investigation into the registration drive, despite the secretary’s office not providing a reason as to why the state suspects the project of fraud.

September was also the month when the whip of the state Senate, who also happens to be a Republican, complained that DeKalb County, Ga., was making it too easy for people of color to vote by allowing early voting in the area mall near black churches.

State Sen. Fran Millar (the whip), was “investigating if there is any way to stop this action.” Monday marked the start of early voting in the state for a number of Georgia counties. This makes the case of the 40,000 missing voters even more urgent.

Third Sector Development announced they were going to court to demand to know the status of the missing registrations — in other words, the eligibility of more than 40,000 potential voters. Besides infringing on the residents’ legal right to vote, the decision could determine who wins the U.S. Senate seat between Republican David Perdue and Democrat Michelle Nunn.  Three latest polls show the race to be a statistical dead heat.

There are currently 6 million registered voters in Georgia.

This is a disgrace.