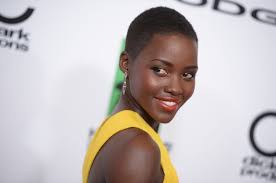 The film 12 Years A Slave has nine Oscar nominations under its belt. One of them, for the debut role of actress Lupita Nyong’o.

It’s rare to be nominated for the movie industry’s highest honor on your first go round, but the Kenyan actress has done just that very thing.

The 12 Years a Slave star nabbed a nom this morning for Best Supporting Actress in a Supporting Role for her standout performance in the Steve McQueen pic. Can you believe Nyong’o just graduated from Yale’s drama school a year and a half ago?!

Thoughts on 12 Years A Slave and Lupita’s role?